His passion for life-long learning continues with his legacy gift to PBS Fort Wayne. 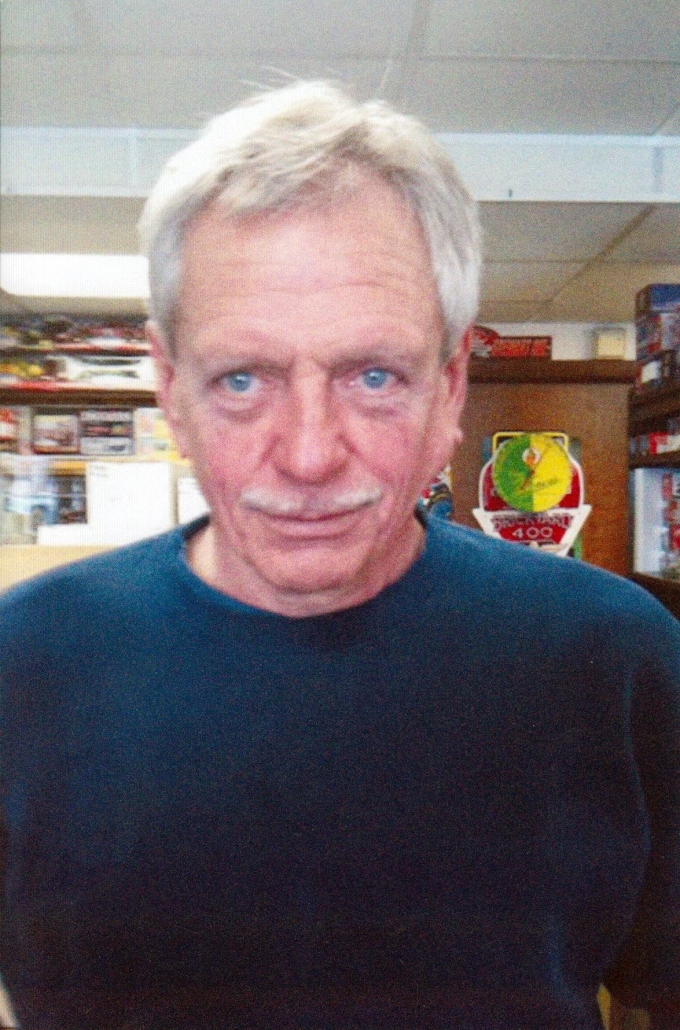 e as many reasons that people donate to the causes they love and believe in as there are people.

Take the legacy of Brad J. Hageman for example.

Brad J. Hageman grew up in Fort Wayne, Indiana. He graduated from Northside High School in 1969 in the top 14% of his class, and was in the college prep program, excelling in Math and Science. After graduation, he began a career as a lineman and installer at GTE while attending classes at Indiana University-Purdue University Fort Wayne (now Purdue University-Fort Wayne). His high scores placed him in advanced classes at IPFW his first year.

Unfortunately, due to responsibilities of his job and family, Brad had to leave college behind. However, that did not extinguish the spark of learning within him, as he continued his education on his own through reading and, according to Brad, by “watching a great deal of educational television programming.”

This continued throughout his 31-year career at GTE until his retirement in 2000. Being a long-time NASCAR buff and collector of diecast NASCAR/IndyCar models, he began a new chapter of his life in retirement by opening BJ’s Sport Racing Collectibles on Spy Run Avenue on Fort Wayne’s north side. Also an avid collector of antique furnishings and beer collectibles, he ran a booth at Nature’s Corner Antique Mall. Through it all, Brad never wavered from his desire to learn more, seeking knowledge and educating himself, with PBS programming as a cornerstone of this endeavor. 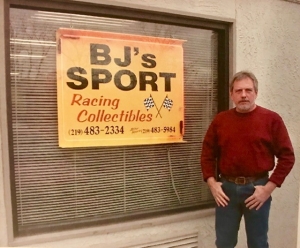 Given his passion for learning and his gregarious nature, it was not surprising, that, within several years of the shop opening, a group of like-minded aficionados and racing fans began gathering at BJ’s every Saturday morning to discuss cars, racing, politics, personal matters, world affairs, and generally anything that came up. Thanks in part to the diversity of public television programs that Brad had been watching for many years, he developed a wealth of knowledge and comfortably led and moderated amazing discussions over cups of coffee across a broad variety of topics with friends and shop visitors alike.

“Brad was a very personable, friendly, non-pretentious gentleman and an intelligent talkative man who devoted himself to taking care of his friends and family and would always help anyone in need”, said longtime friend Dr. Peter Rothman. “He attracted open-minded individuals and surrounded himself with people of all walks of life that, if it wasn’t for Brad and his magnetic personality, would never have found each other.”

The weekly informal Saturday morning social gatherings at BJ’s continued until the summer of 2017 when Brad became seriously ill. He was diagnosed with a progressive form of lung cancer, and after a long course of chemotherapy, radiation and immunotherapy, died at home in January of 2018 at the age of 66.

Because of the nature of his illness, he had time to consider the legacy he wished to share with others after he was gone. After adequately providing for his family in his estate plan, he mentioned to Dr. Rothman, his friend and co-executor of his estate, that he “really wanted to give back and do something for the Fort Wayne community”, and when asked by Dr. Rothman what he would be most interested in contributing to, Brad immediately said without hesitation “public television”.

Brad had watched a great deal of public television through the years, which influenced his worldview and contributed to his significant fund of knowledge.

So, when Brad decided to designate 10% of his estate to PBS Fort Wayne, it didn’t surprise his friends.

“It was an easy decision given the width and breadth of Brad’s knowledge and his claim that much of it came from watching public television, said Dr. Rothman.  “This was a very fitting choice, as Brad was constantly learning throughout his entire lifetime, always full of curiosity and always open for new knowledge and information, fostered by the programs he watched on public television.”

“Mr. Hageman’s life was an example of the impact PBS has in our community by contributing to the life-long learning of people of all ages and all walks of life”, said PBS Fort Wayne general manager Bruce Haines. “We are humbled and thankful that Brad found PBS Fort Wayne a valuable part of his life. For him to include Fort Wayne Public Television in his estate through a legacy gift shows us just how important the station and the impact of our programs were to him, and we are deeply thankful.”

Thanks to Brad’s gift, PBS Fort Wayne is here today to tell stories about unique features of our local region through locally produced documentaries and highlight world affairs through NOVA, FRONTLINE, American Experience and PBS NewsHour.

PBS Fort Wayne is grateful to individuals like Brad who acknowledge that educational public TV played an important role in their life and choose to give back by leaving a legacy gift to public television in their estate plans.

If you, like Brad, think PBS Fort Wayne has contributed to your intellectual development and enriched your perception of the world, please consider including this public TV station in your will. 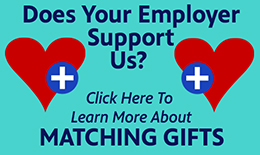 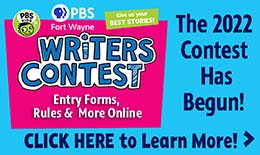